It took me a while until I got my Mamiya RZ67 bought over Ebay in Japan. And the next question was which kind of film aim I going to use? I bought from each a few rolls of Kodak Porta 160, Kodak Tri-x 400 and Kodak Porta 400. Now the only thing I needed after the rolls of film arrived: a model.

I kindly asked Moira if she’d be willing to shoot with me again and try out that analog stuff with that huge camera that would require a lot of patience. And she gratefully said yes. A few evenings later we were on location at the Stadthaus in Winterthur and just took some pictures. Of each location more or less just one.

I can tell you. God was I nervous by taking each shot. It started by framing the image. I’m not used at all by having a camera with a waist-level finder and taking each shot of a tripod with a model. Moreover, metering the light with the light meter. You can’t check if you took the right metering. Therefore, I just checked sometimes with my digital cam. But I had no idea how the film will behave. Shall I overexpose a bit or don’t? How will that look on film? And in the end taking the actual shot. Pulling the trigger of the Mamiya RZ67 with loaded film takes all your nerves. You know exactly that you only have one shot for that picture. And you have to get it right. And of course with the model in the right pose at the right time with the right expression etc.

So I counted each time down: three, two, one… and here are the images of my first roll of medium format film; a Kodak Porta 160.

Lastly, scanning the negatives was and is an adventure on its own…

PS: Thank you Moira so much for your patience and inviting me afterwards for that delicious dessert. 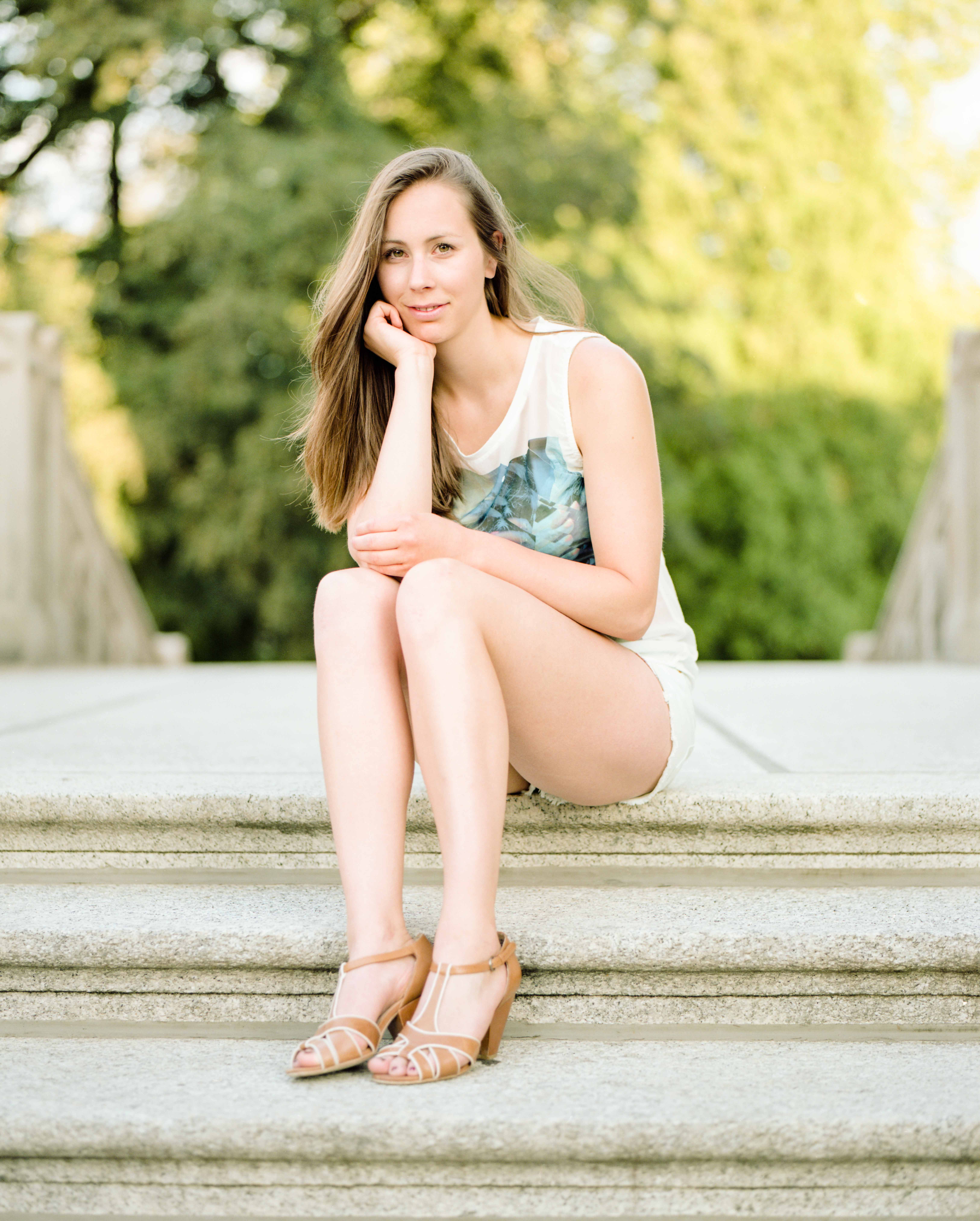 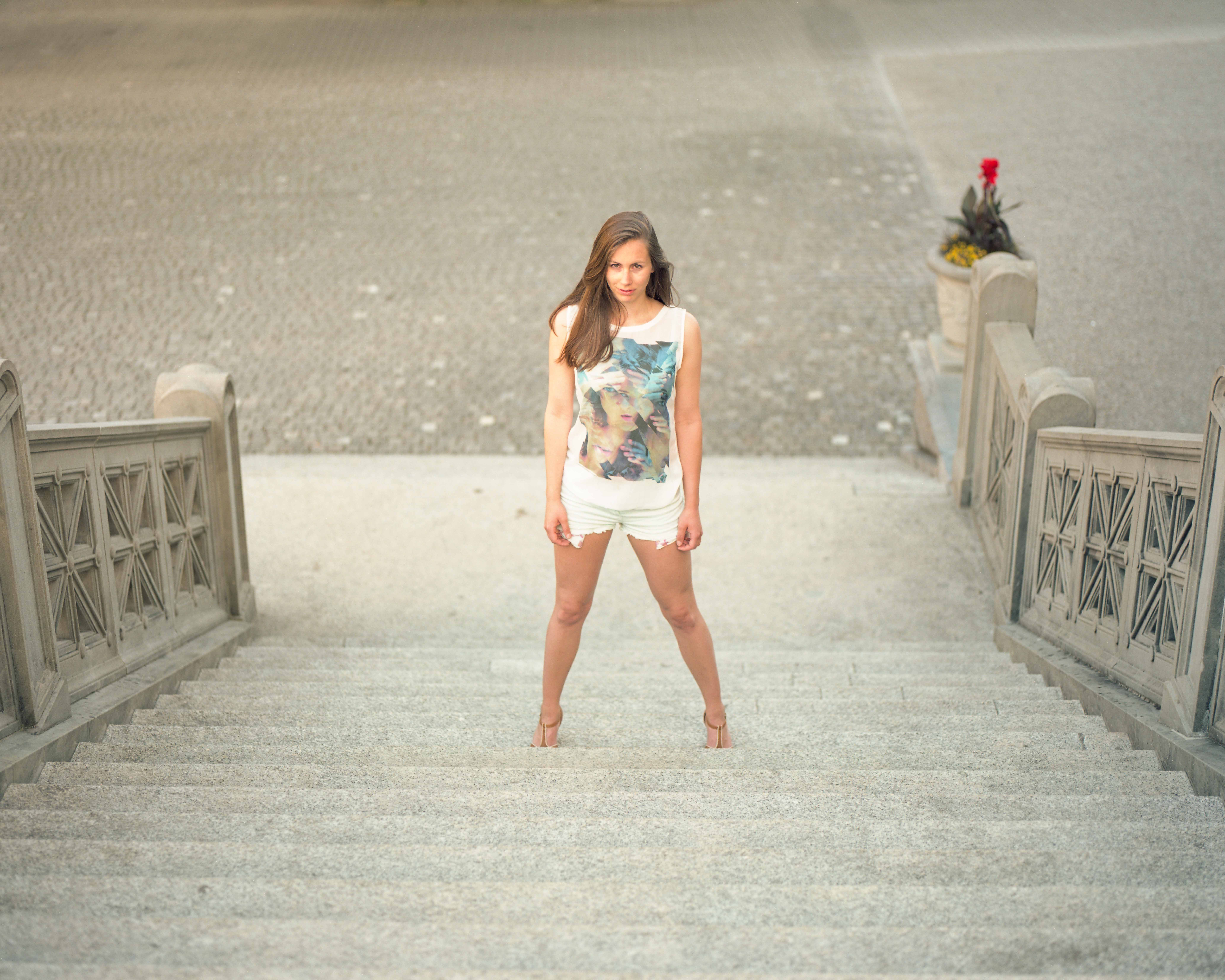 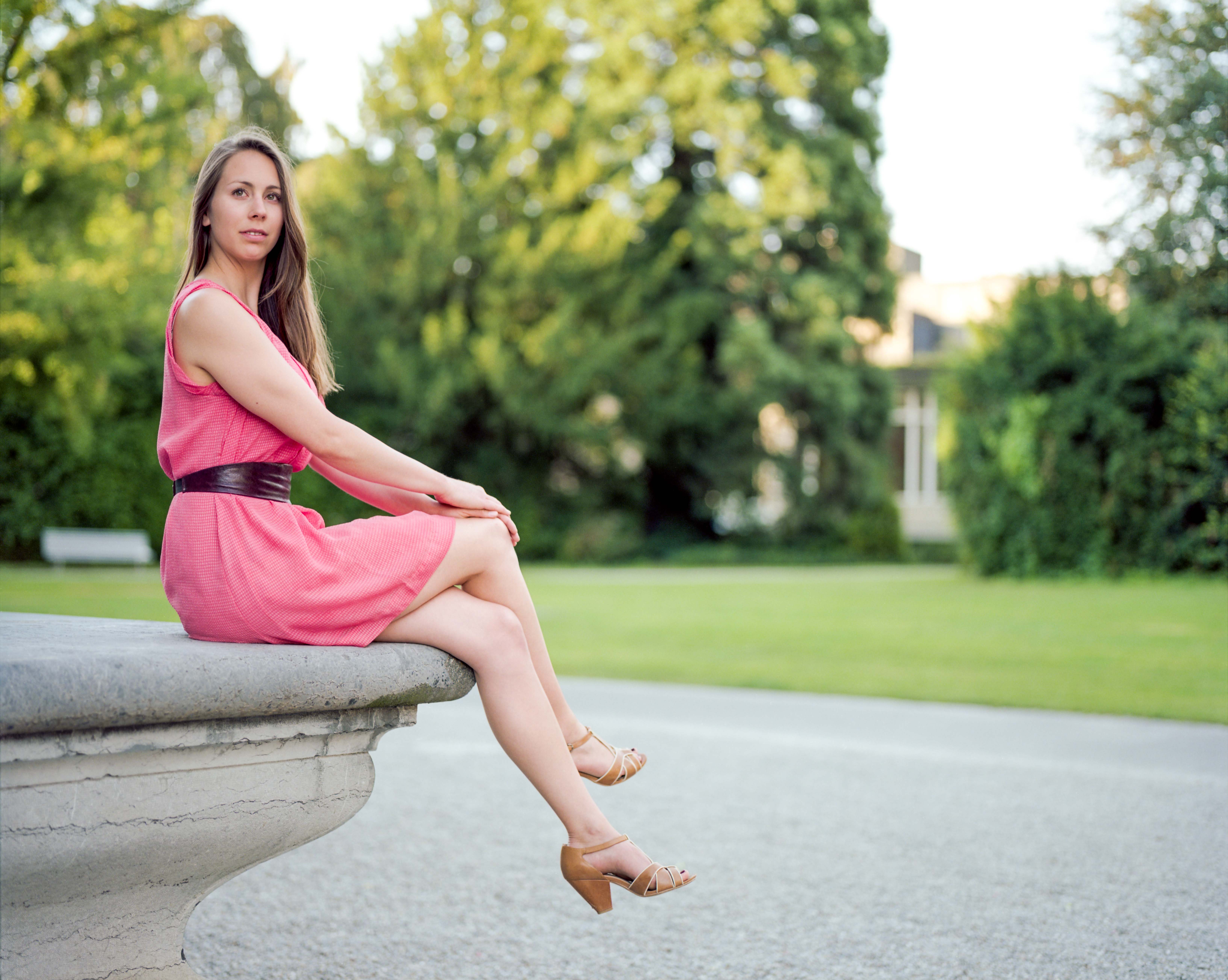 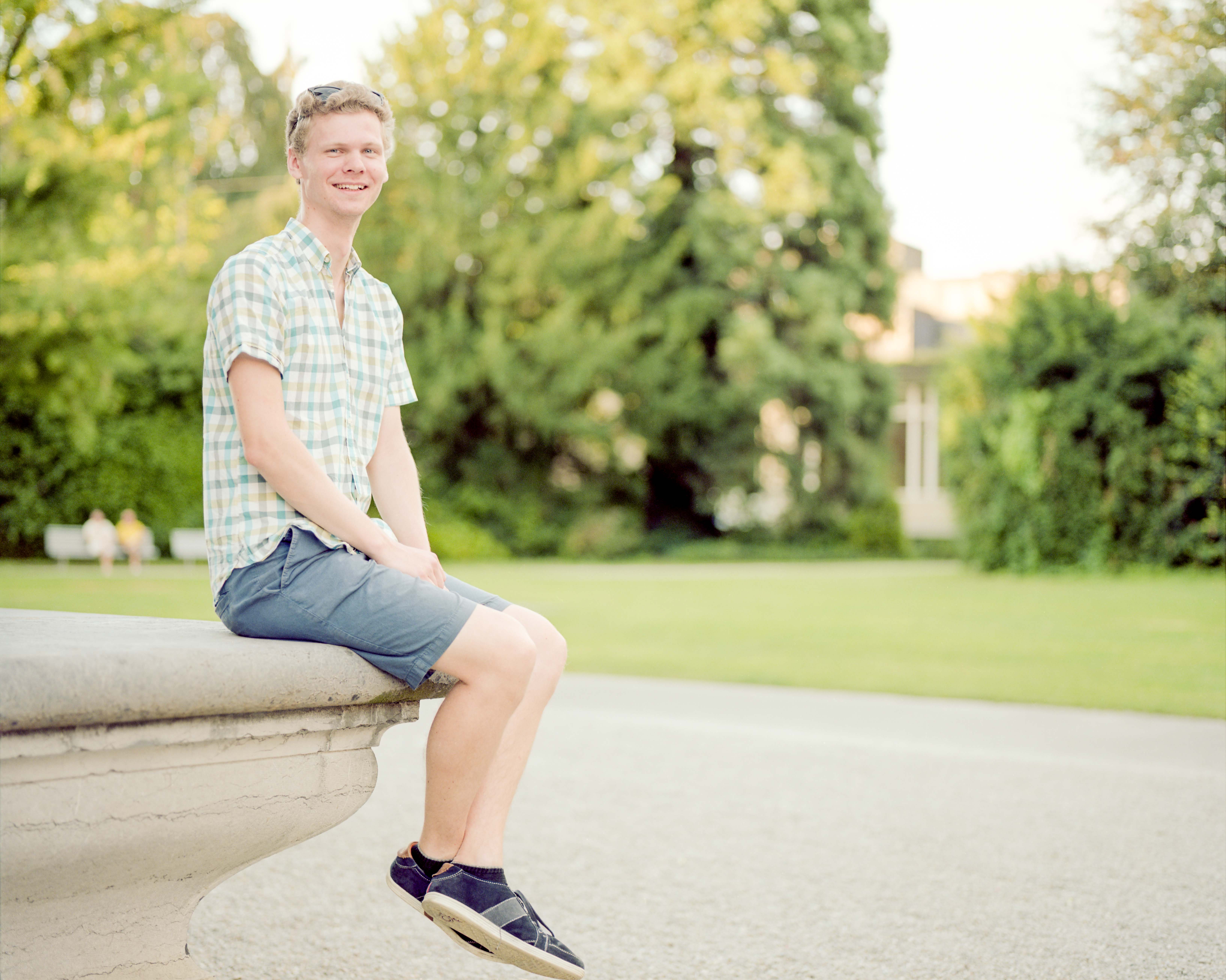 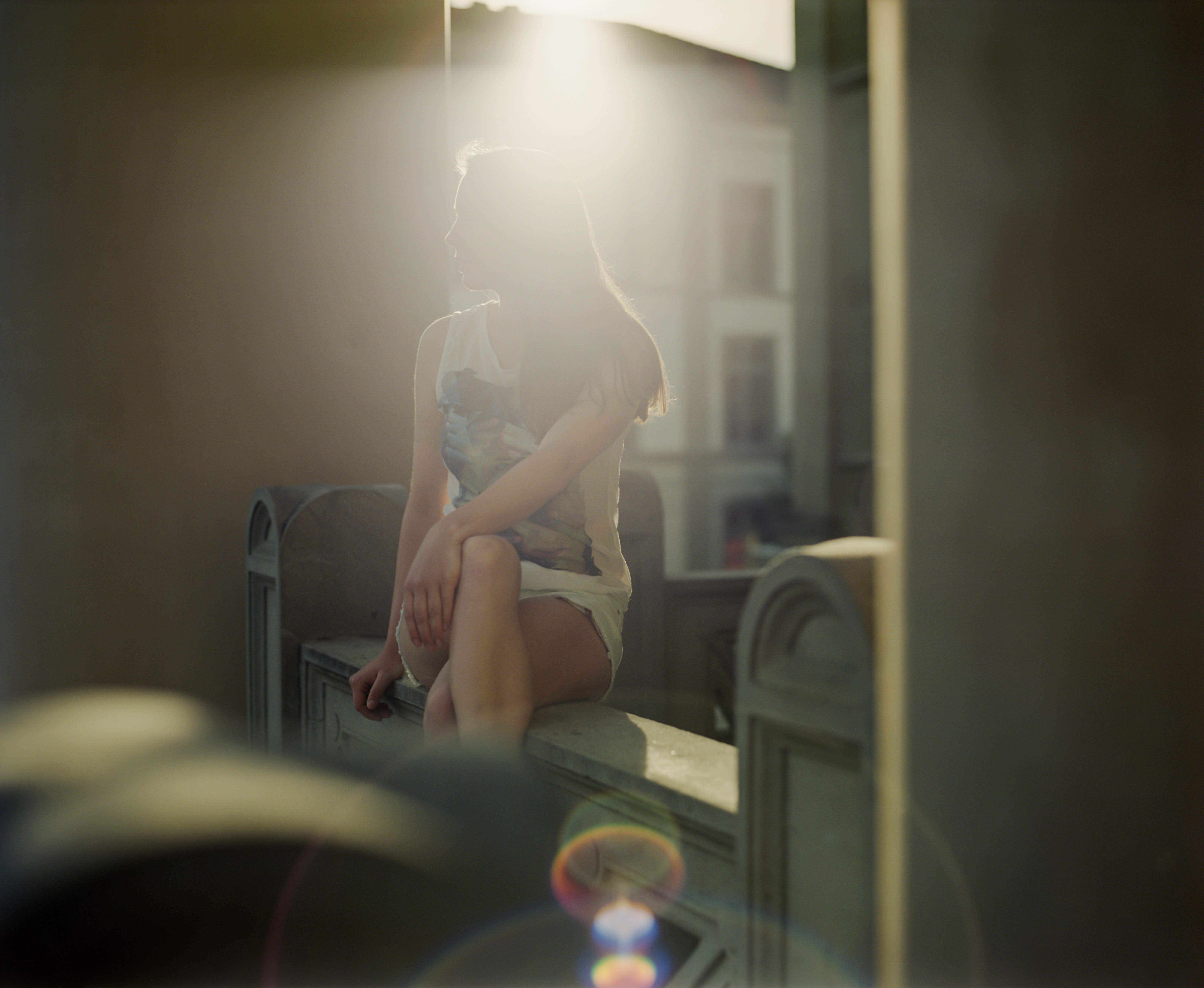 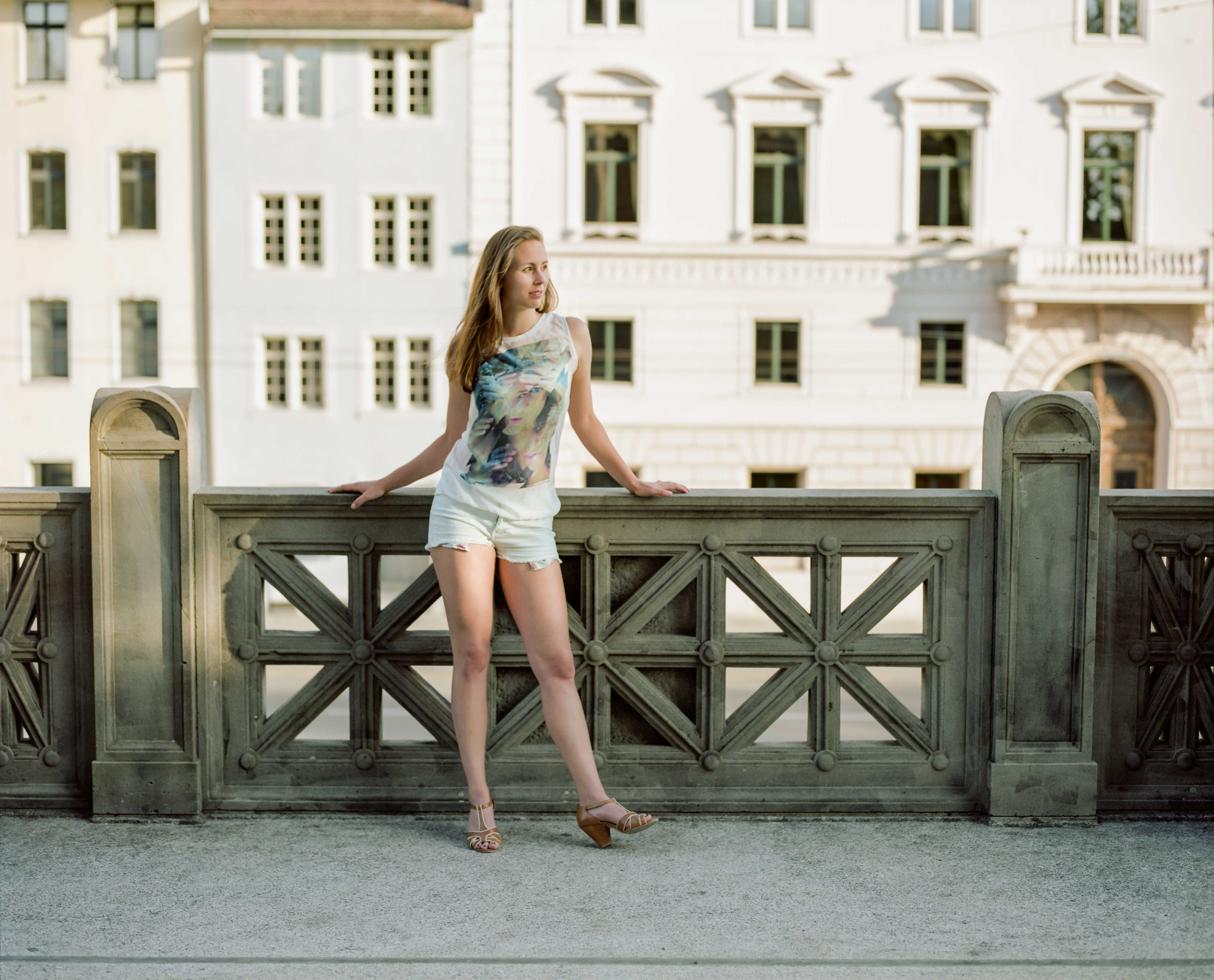 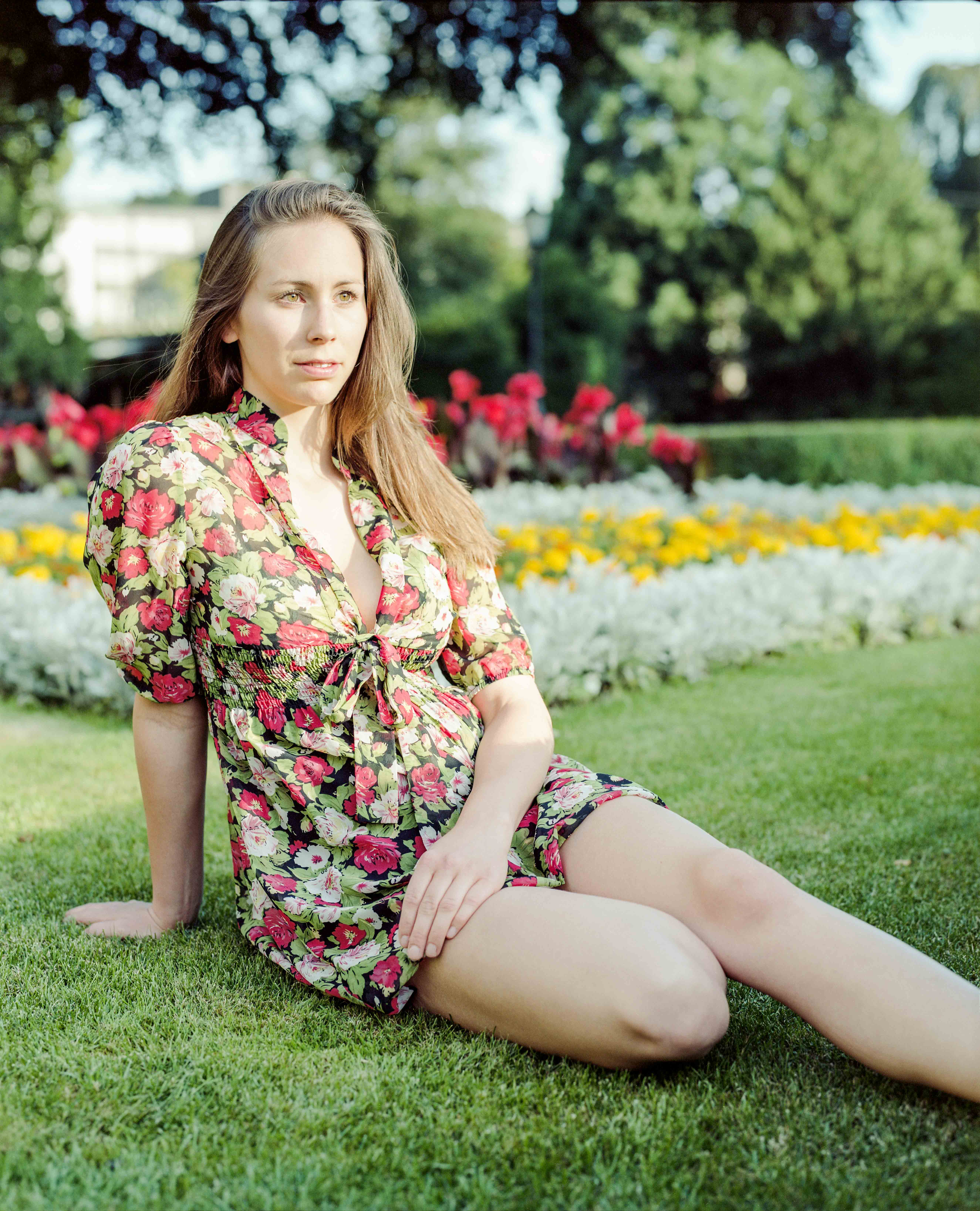 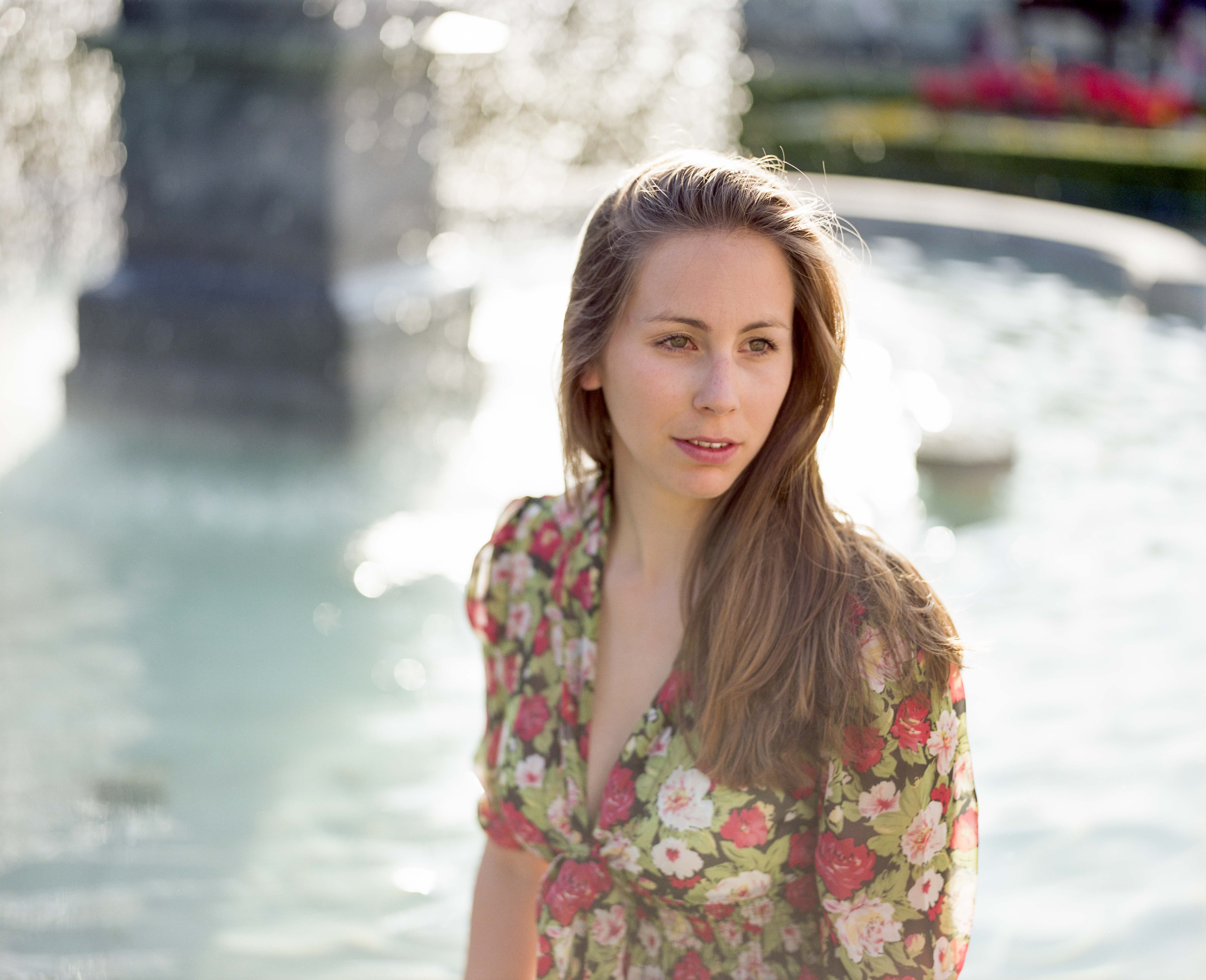 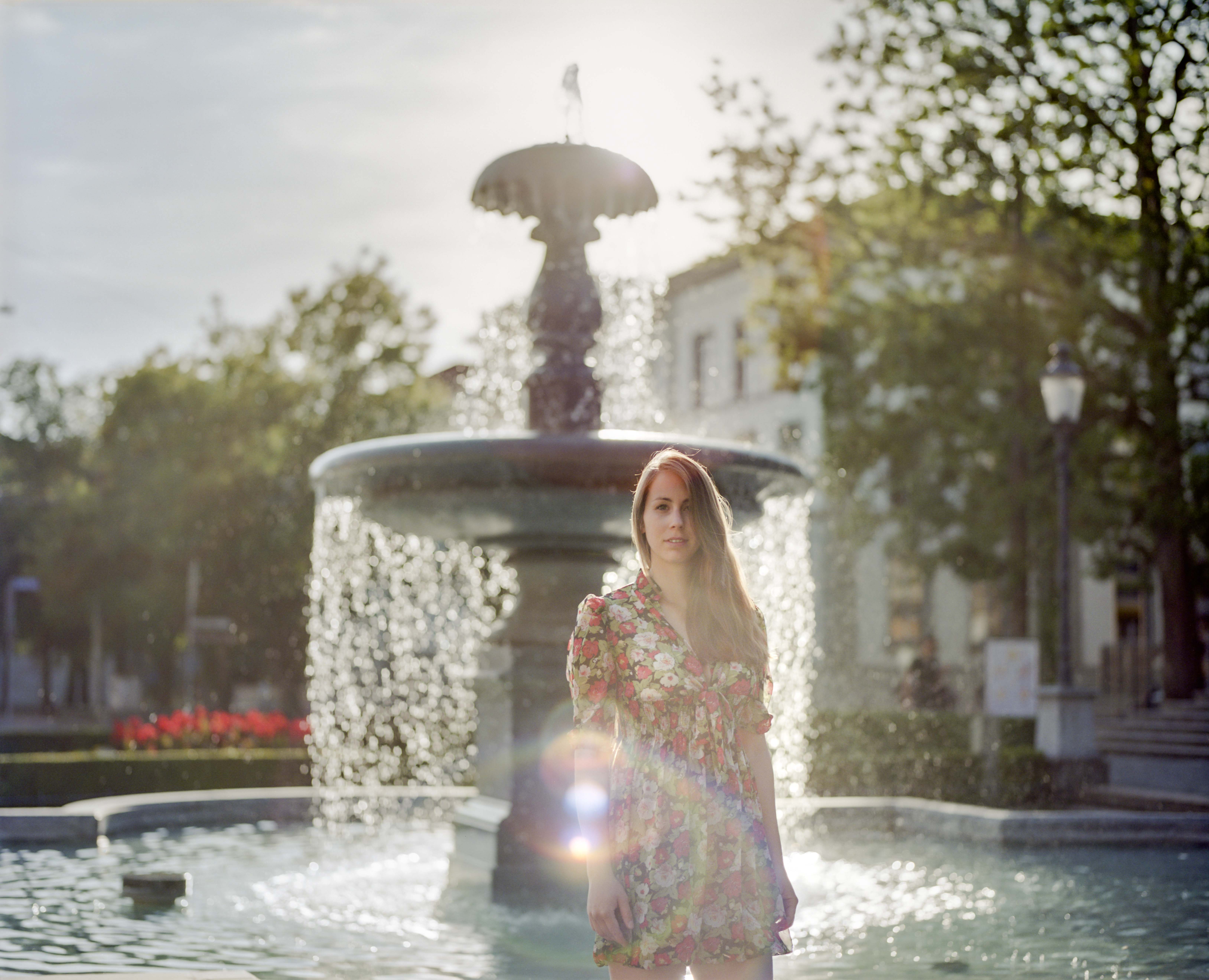