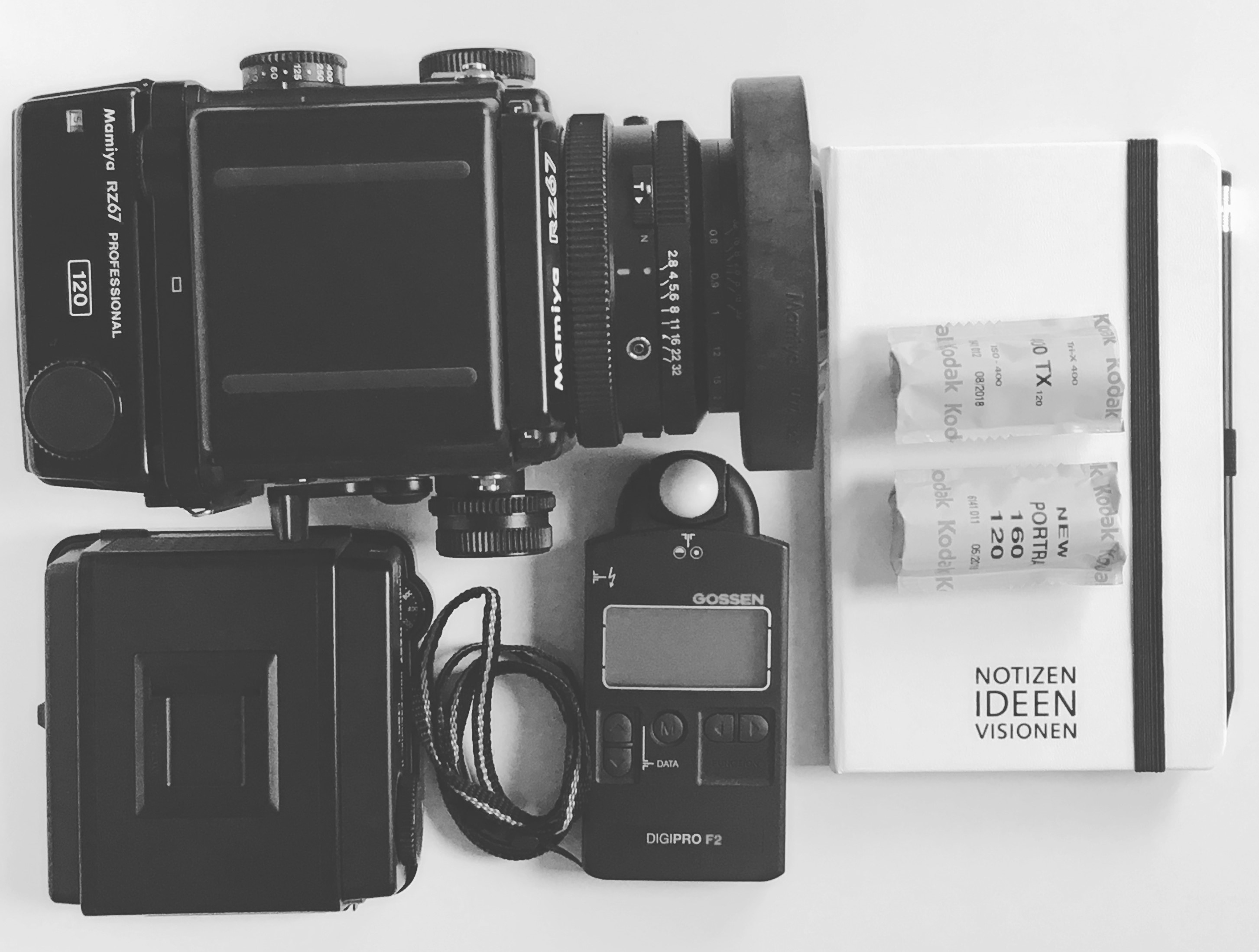 To get the idea of the Photo Assignment by Ted Forbes aka The Art of Photography you may first watch the video explaining the assignment.

I personally thought this would be a great idea to participate on this assignment for myself. Finding new creative ways to photograph subjects, focusing on only one thing and if it happens, just fail, felt like something I should do to develop my photography skills. The gear was clear of which I wanted to use. My medium format Mamiya RZ67 Pro II, Kodak tri-x 400 and Portar 160 film.

The assignment is to take 10 pictures. On one roll of 120mm film with the 6×7 format, I get exactly 10 images out of the camera on one roll of film. Why do I use colour and black&white fim? Because I want to see the differences and how the films behave in dark, haze and all those different lightnings.

The time was right to face the moment of truth when the super moon on Sunday November 13 was rising. I checked the moon rise, the angle and of course the weather to take pictures with the moon and the Sulzer tower in Winterthur. I had prepared my equipment already at noon and posted it on Instagramm.

It was cold and I stood there, at the right angle of the tower, measured the light, but where was the moon? After waiting one hour, I changed my position and still no moon. So, I guess I take a shot from that sweet spot without the moon. Soon the trouble started. How to meter light when it’s almost dark. After putting up the ISO to 6400 on my lightmeeter and calculating everything through I came up by the Kodak Portra 160 with a shutter speed of 32 seconds. Let’s try that, because I started to freeze. I put the camera in Bulb mode, my iPhone in hand ready to measure the time and push… the camera took a shot but way to fast… Hoppla, what happened there? Did I just lost that shot? How can I fix that?

It was the first time I used the bulb mode on my Mamiya RZ67.  I remembered than how I’m supposed to use the bulb mode… Luckily, the Mamiya has a multi exposer mode. Therefore, I switched to that mode, loaded the shutter again and this time I found the solution on the lense trigger for the bulb mode. I hope that worked.

What is the verdict? It took me almost 2 hours to take 1 image on two different film backs on my Mamiya RZ67. And I even messed up the first one and no moon are on them. Mhm, the assignment starts to really challenge me. And @tedforbes #theartofphotography: You told us that there will be really bad pictures. I just didn’t expect that the first ones already gonna be…

PS: After the films will be process I will decide weather I show them or not…